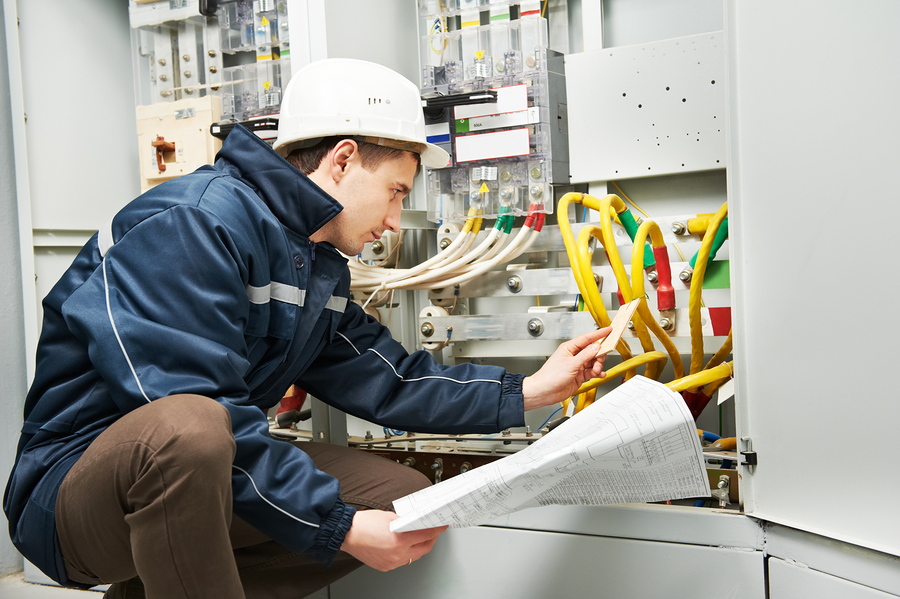 The UL1449 test level is a standard Category B IEEE waveform and it does represent a fairly common level of surge activity (6kV/3kA impulse wave formerly known as Category B3/C1) and the testing procedure is well defined and evenly applied. BUT... it only tells PART of the story.

Since this waveform is commonly found in first or second level areas (service entrances or main distribution panels) it is more representative of transient activity that is generated outside of a facility by lightning activity, grid switching or heavy industrial type surges. While it is important to mitigate such surge activity, it is only a small part of the transient activity that is chipping away at your sensitive electronic equipment every day. The majority of transients found within a facility today are defined as 'ring wave transients'.

One of the most important things to remember about transient activity is that over 80% of damaging transients are generated inside the facility. That is a pretty astounding concept until you understand that it is based on a study done by GE back in the 80's. That was before the computer revolution and the era of electronic lighting ballasts and electronic power supplies. Now that everyday electronics are commonly micro-processor controlled, I am certain that you will agree with my opinion that this number should be revised upwards. The fact is that there is more equipment that is susceptible to transient voltage surge damage and the level of vulnerability to those surges is lower.

It is important to be aware that ringing transients are commonly created throughout the facility. Another point to consider is that most impulse transients begin to oscillate and become ringing transients at some point in their propagation due to reflections caused by impedance of the electrical system. When you couple that information with the knowledge that equipment is more susceptible to lower level transients, the picture changes and once you get past the service entrance the emphasis on surge mitigation goes more to the ring wave transients. These transients are analogous to the damage that an ice pick causes on a block of ice versus that of a large hammer. That is the real world of today!

Well, guess what? Comparing SPD performance with only impulse wave performance numbers is not acceptable any more. In order to assure that you are getting the protection that you need, you MUST consider the ring wave transients and the performance of the SPD in that environment. How do I do that, you ask? The rest of this article is devoted to answering that question.

According to IEEE C62.41: The ring wave has a 0.5 µs rise time and a decaying oscillation at 100 kHz with source impedance of 12 ohms. Typical amplitudes for the 100 kHz ring wave also range from 1 -6 kV.

The concept that we must embrace is that ringing transients are 'fast rise time deviations' from the basic sixty cycle sine wave. They should be viewed more as a rapidly oscillating deviation (normally in the 100kHz range) of frequency rather than a slower rise time event that is a single impulse. So, rather than simply creating a device that equalizes the variation in potential for a single event, we must create a device that can also mitigate the rapidly oscillating deviation from the normal sine wave. Hence the term that we use to refer to these types of devices, 'Frequency Responsive Circuitry'.

In order to make a reasonable assessment of the performance of such a device, you must subject it to testing that can reflect its performance level. These tests are much different than the test that UL1449 reviewers use in the evaluation of devices to the UL1449 standard and are defined below. Remember that UL is a safety agency. Their purpose is to make sure that the device is safe. How well it performs is not their primary concern.

The IEEE Category A Ring Wave is an exponentially decaying, oscillatory waveform consisting of an open-circuit voltage and a short-circuit current. The test is described by the following characteristics:

A common test voltage used for this test is 6 kV (the short-circuit current would then be 0.2 kA) with a phase angle of 90°; however, the end user or manufacturer may specify other voltage levels and phase angles.

The IEEE Category B Ring Wave is an exponentially decaying, oscillatory waveform consisting of an open-circuit voltage and a short-circuit current. The test is described by the following characteristics:

A common test voltage used for this test is 6 kV (the short-circuit current would then be 0.5 kA) with a phase angle of 90°; however, the end user or manufacturer may specify other voltage levels and phase angles.

These ringing transients can appear at any point on the sine wave. Because of this, it is important to remember that in order to adequately assess the performance of this type of device, the results should be measured from the point of insertion of the surge on the sine wave to the peak of the surge. What we want to know is, "how much of a variation from normal we are experiencing"? At SSI, we insert the positive going transient at the 270 degree point of the sine wave so that we can get the very best picture of how well the device performs.

Surge Suppression, LLC is the industry leader in sine wave tracking or 'Frequency Responsive Circuitry' products. As a pioneer in this technology, we have the experience to be able to provide the best of these types of devices.

It is also important to remember that the performance of these types of devices is shown on our specification sheets as let-through-voltage, not '-dB'. That is a unit used to measure the effectiveness of RFI filters, not surge suppression.

Remember the primary purpose of a surge suppressor; tiny let-through-voltages... anything else is secondary!