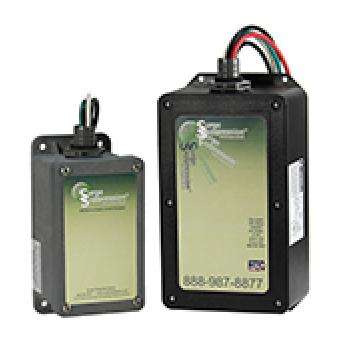 Smart Grid will allow utilities to move electricity as effectively and economically as possible. It will also allow homeowners, business owners and government entities -in short, all facility owners or users -to make economical choices.

This opportunity brings many challenges and an increased need for surge protection because of:

• the addition of electronically-based monitoring, analysis, control, and communication equipment
• the need for improved sustainability in all aspects of the power distribution system, from power generation through transmission and distribution to point of use
• an increase in utilities moving electricity from multiple new sources, like wind, solar, and cogeneration.

Solar and wind power, by nature, are intermittent. If a system is balanced to accommodate solar load, even a stray cloud can destroy that balance. And wind can gust from 0 to 60 mph in less than one minute, causing substantial voltage spikes and disturbances.

Inverters are key components in these systems. They convert DC power generated by solar panels or wind turbines into usable AC power that is synchronized with the grid-tie system, which powers the electrical system in a stand-alone or battery storage system.

Inverters, however, are loaded with sensitive electronics. Their purpose is to synchronize AC power with grid-supplied power. This is critical-failure of these inverters is unacceptable since the energy generation system relies on them to function properly.

Surges, or transients, are brief overvoltage spikes or disturbances on a power waveform that can damage, degrade, or destroy electronic equipment. The presence of sensitive electronic equipment is growing exponentially. Surges can result in lost productivity.

Surges and spikes can be generated internally or externally, and only a solid protection system will ensure the most effective power quality. It is estimated that 60 to 80 percent of surges are internally generated.  A common source for surges generated inside a building is a device that switches power on and off.

Inside transients include inductive coupling. Whenever electric current flows, a magnetic field is created. If this magnetic field extends to a second wire, it will induce a voltage in that wire. Examples include elevators, HVAC with variable frequency drives, fluorescent light ballasts, welders, and compressors.

SPDs are designed to have a life of 25 to 40 years and can mitigate thousands of surges with little to no degradation in performance.  SPDs also meet stringent safety standards for surge suppression.  SPDs are a critical component in a Smart Grid system and must not be overlooked. NEMA SPD manufacturers can assist in developing an effective protection system to meet your needs.